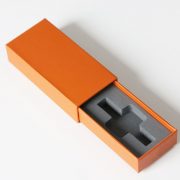 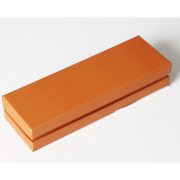 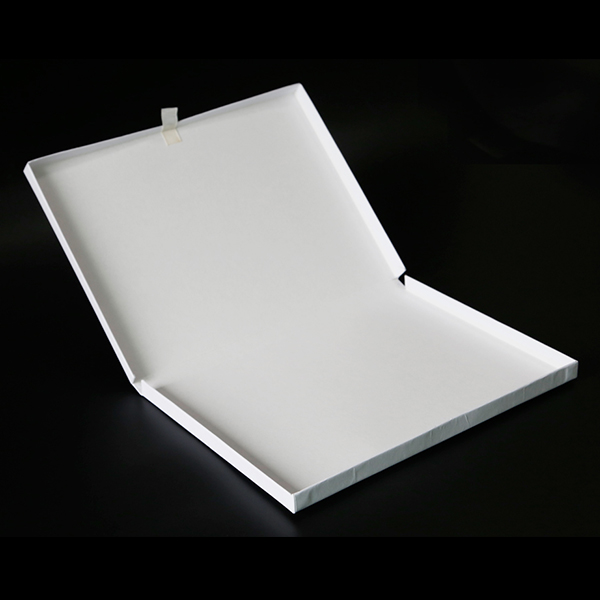 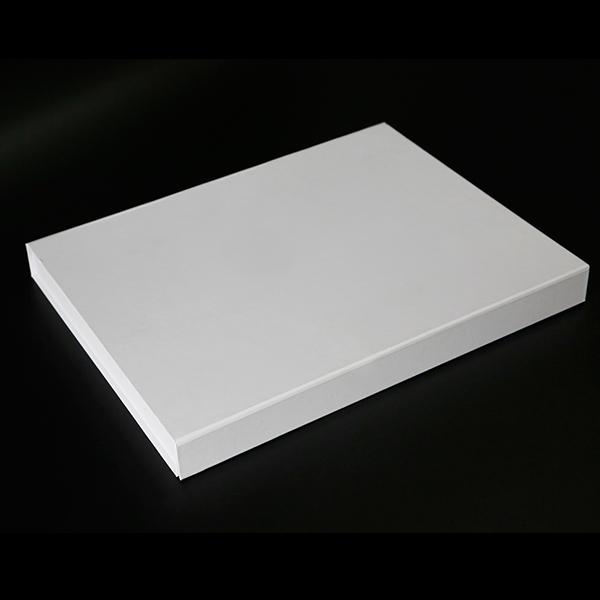 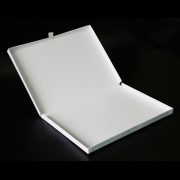 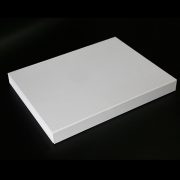 Composed of either two three-sided trays or a four-sided and a three-sided tray that are fitted together and glued into a three-panel folder. This design can have the trays telescoping one another, or when combined with an inner lip, can have the two trays kissing one another for added tray depth. Speaking of, the Deluxe Clamshell creates ample tray space for both documents and 3-D contents. This versatility makes the Deluxe Clamshell popular for limited edition book releases, high end documents and art prints, press kits, product launches and luxury event invitations.